Drop the Instruction, Not the Story 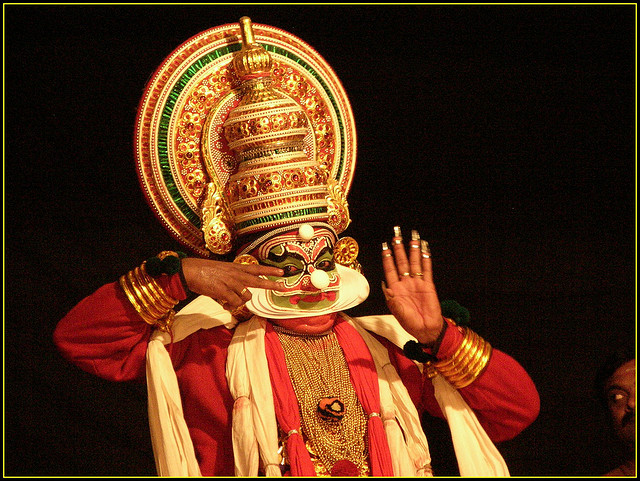 There is a story from the Mahabharata, which almost every Indian child knows. This is how it goes:

Dronacharya, the great teacher to the royal family, was teaching his students the skill of archery. He placed a clay parrot on a tree, gave each student a bow and an arrow, and said to each one of them, “Aim at the eye of the parrot and tell me what you see.”

Each student took turns to aim at the parrot. One student said, “I see the sky, the tree, and the parrot.” 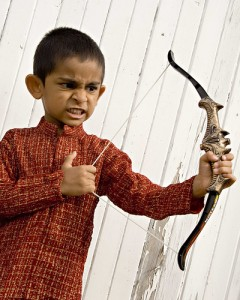 Another one said, “I see the beautiful tree, the fruit on the tree, and the parrot.” Listening to their responses, the teacher didn’t allow any student to shoot the parrot. After many students had tried and had not been allowed to shoot, one student called Arjuna, finally said, “I can only see the eye of the parrot.” This student was allowed to take an aim, and he managed to bring the parrot down.

​When I was a child, this story inspired awe, and spoke of focus and observation to me. Now, in the context of learning, it brings forth a few new things to my mind. The tools of bow and arrow, and repetitive practice could have made the boys good archers. However, the teacher helped them construct the meaning of the terms, “focus” and “observation” on their own. What were the components of this experience?

What is interesting to observe is the dynamic interplay of these components, which leads to a constructivist learning environment. It is very important to understand the story from ​the perspective of the children who did not get the right answer. How did they react? What did they learn out of this experience? Did they learn the meaning of the term, “focus?” Well, as the story goes, all students of this teacher became accomplished warriors in the epic tale of Mahabharata.

Another essential aspect of this story is the “story” itself. It’s a part of the oral tradition, and usually, the way it is told brings back the experience of Arjuna to each child. A child in 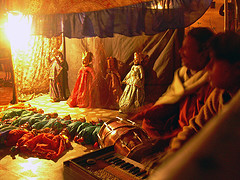 India who has not received formal education also gets to hear this story (and many more) through their parents, grandparents, or through travelling storytellers. ​Stories have the power to transcend time, space, and literacy barriers. They can travel from one end of the nation to another in such a viral fashion that education can almost ride its way to Indian villages through them. Many artists/students take messages to the masses by performing stories on the streets. Some other examples of these travelling storytellers are the nautanki, the jatra, and the phad. Some dance forms like Kathakalli and Oddissi too tell stories to the people who have never entered a formal schooling system.

Can we harness the power of stories to take education to the remotest parts of the world, while maintaining the context that the people of these places understand and know?

Can we create a world of young storytellers who will be able to empathize with people from diverse cultures, diverse backgrounds and exchange stories to create meaning of the world they inhabit?

A few examples from India on the power and reach of storytelling:

An interesting storytelling experiment on the Internet:

Documentary as a tool for storytelling—The Story of Human Origin (An online museum):